Purdue University was one of the first college basketball teams to engage fans using a synchronized light show through mobile phones. Their innovative approach was apparent throughout their games and caught the attention of other colleges. They were even awarded 1st place by the National Association of Collegiate Marketing Administrators (NACMA) as the 2019 Marketing Team of the Year Award.

Lighting up the Mackey Arena

Purdue University used CUE Audio’s light show technology for team and game introductions. At Mackay Arena in Indianapolis, they paired the light show with the team intro video, and the effect was stunning. Hard to describe in words, so check out the video yourself.

"Seeing the fans react and be a part of something. From 6 years old to 60 years old, it brings the fans together. Rather than just watching the show, they really are a part of the show."

They were one of the first to use on-screen mobile content in sync with their introduction videos, letting the video "jump off the screen" onto the smartphone display. For example, as the video announced how many All-Americans and national titles the team had, the stats would show on each fan's phone. It was a great way to make the videos interactive and increase the energy in Mackey Arena!

If you build it, they'll bring down the HOUSE!

Purdue also did a great job of generating press coverage for their light shows. Hammer & Rails,Purdue Sports, and many more publications covered the engagement. This coverage increased the expectation and interest of the app and helped educate fans on how to participate during the activation. Getting coverage and mentions in newsletters, local sports blogs/websites, and social media all play a massive role in the success of a light show. Purdue University set a great example of how to incorporate and execute light shows during games. Not just as a static show but as a part of videos for introductions to leverage on-screen content more effectively. CUE Audio has a suite of features utilizing data-over-sound technology. Everything from light shows, coupons, push notifications, trivia, second screen content, all without the use of Wifi or Bluetooth. To learn more, check out our next webinar here. 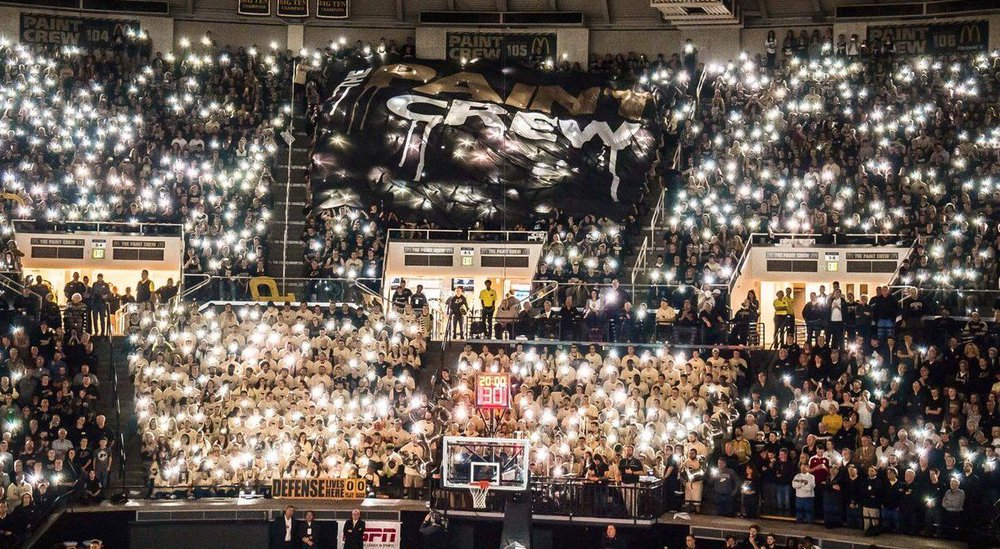 From Fans in Stands to Global Synchronization!